Meaningful engagement – what is it and why does it matter? 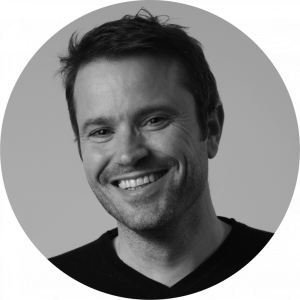 Garreth Chandler
Garreth is the Founder and CEO of The Evolved Group. Garreth’s passions are technology, buyer behaviour and organisational theory.

The inception of our journey to meaningful engagement

Some time ago, in the days when Corona connoted beer, not virus, the Evolved team celebrated achieving 20 million surveys at to a local watering hole, Campari House in Melbourne. Needless to say, we all felt quite chuffed.  A sense of achievement and pride was in the air.  “Small Australian company listens to 20 million Australians” - sounds great!

However, as the glasses were charged and beer flowed, someone (we can’t recall who) said ‘who likes doing surveys?’.  What followed was a short but heavy silence, then a hubbub of opinions leading to the conclusion, that in fact, most people do not like doing surveys.  We realised that an $80b dollar industry was founded on a process that hardly anyone likes!

Out with boring surveys, in with Conversational AI

This, it turns out, was VERY thought provoking.  In fact, it was so thought provoking it led our design and development team to create a new type of chatbot called EVE (Evolved Verbatim Engine) to integrate into our Evolved Human Listening insights platform.  EVE replaces traditional surveys with AI-powered conversations. Instead of answering agree and disagree statements written by researchers, your customers or employees engage with an inquisitive feedback companion that enquires on each unique response in real-time.

The idea here was that surveys are often static, boring and uninspiring for people.  Yes, the data they generate is as important as ever, but it tends to be about as interesting as reading a software manual.

The technical challenge with developing EVE was significant (like, really significant).  However, our team threw themselves into the task with gusto. EVE is the love child of two of the latest cutting-edge technologies: Conversational AI and Text Analytics.  Today, EVE has some truly amazing and unique powers, including the ability to recognise speech, assess emotions and sentiment, respond with relevant questions and allow people to express themselves in their own words.

As we deployed EVE, we uncovered some deep and fascinating learnings. These included:

Fast forward to today, and Evolved has taken huge strides with EVE and Evolved Human Listening – EVE has had over ONE MILLION conversations with people.  Yes, we still do surveys (we’ve done over 33 million of them now) but most are hybrids, including both Conversational AI and more considered structured questions.

EVE is now talking (chatting, chin wagging, engaging, shooting the breeze) with Americans, British, Canadians, Filipinos, Chinese, Brazilians and a host of other people around the world across multiple languages (when speaking English, EVE even knows when to use an ‘S’ or ‘Z’ depending on country).  Evolved is using the technology across our client base and is consistently delivering deeper insights that dynamically adapt to trending topics.

All this Evolved Thinking has come about because of a celebratory beer at the pub and the realisation that meaningful engagement doesn’t come from a survey.

To find out more about The Evolved Group and our Conversational AI capabilities, check out our website, or feel free to shoot me a message via LinkedIn.

PrevPrevious3 ways to achieve impact from your Customer Experience (CX)
NextDo Super funds have a case of “Keeping up with the Jones'”?Next